How to Recycle Your Old Phone

Contemporary smartphones aren’t particularly built to last, especially in terms of their battery power and longevity.

It appears that customers don’t have much time for repairs, either, with 45% of smartphone owners preferring to upgrade their older handsets rather than fixing any existing faults.

But what should you do with your old phone? Recycling is an increasingly popular option in 2022, and here are some steps to help you achieve this aim!

Preparing Your Phone for Recycling

Before you go through the process of recycling your old phone, you’ll have to clear the handset and reset it to factory settings.

This can be an involved and time-consuming process and one that requires you to remove any sensitive data, delete or transfer images and sign out of accounts on apps such as Google, Netflix, or YouTube.

At this stage, you should also back up the important data stored on your existing smartphone, as this will provide a safe home for the information and images that aren’t automatically synced in your iCloud or similar account.

If you own an Apple Watch that’s paired with an iPhone device, you should also unpair these two devices. This will ensure that the data on your watch is backed up to the phone proactively.

Where Should You Recycle Your Old Phone?

Once the handset has been prepared, the next step is to identify the best places for recycling your smartphone.

There are several options in this respect; depending on your outlook and where you live. If you live near an Apple store and own an iPhone (particularly an older handset), for example, you could return the device there and they’ll recycle it on your behalf.

E-Waste charity fundraisers also recycle your handset in the name of a good cause, while you can trade in your iPhone 7 and similar devices online through various reputable websites.

What Happens to Your Phone After It’s Recycled?

Once you’ve identified a viable site and sent your handset off to be recycled, you’re probably wondering what happens to your old phone?

Well, there are numerous materials and components within your smartphone that can be recycled.

For example, the cadmium inside your smartphone’s battery can be easily extracted, with the material subsequently used to help produce new batteries for future models.

Similarly, smartphone battery units contain deceptively large amounts of copper, which is highly valued and can be recycled for a large number of potential applications.

Ultimately, much of your handset will be salvageable and recycled, depending on its condition and how long you’ve had it for.

Arnab is the RWB publisher. He shares sentient blogs on topics like current affairs, business, lifestyle, health, etc. If you want to read refulgent blogs so please follow RealWealthBusiness.

Alaska is a land of vast wilderness and stunning sce...

What Is Work-Life Balance?The modern way of work... 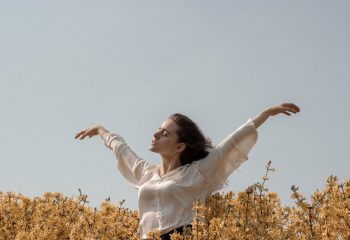 6 Mental Health Tips You Can Sta...

Mental health is often overlooked, but it is imperat...

How Do Startup Incubators Make...

Ways To Build A Budget-Friendl...

How to Create an Identity for ...